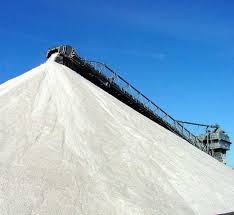 Sodium chloride is the chemical name for salt. Sodium is an electrolyte that regulates the amount of water in your body. Sodium also plays a part in nerve impulses and muscle contractions. Sodium chloride is used to treat or prevent sodium loss caused by dehydration, excessive sweating, or other causes.

Salt – it touches all our lives. From food production and water treatment to animal feeds and keeping the roads safe in winter, in one way or another salt is a vital daily commodity

Also known as salt or halite is an ionic compound representing a 1:1 ratio of sodium and chloride ions. Sodium chloride is the salt most responsible for the salinity of seawater and of the extracellular fluid of many multi cellular organisms. In the form of edible or table salt it is commonly used as a condiment and food preservative.