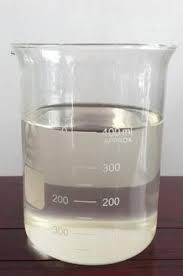 According to IS 381, both the solid and liquid form of sodium silicate are of two grades:

Sodium silicate is a generic name for chemical compounds with the formula Na2xSiO2+x or (Na2O)x·SiO2, such as sodium metasilicate Na2SiO3, sodium orthosilicate Na4SiO4, and sodium pyrosilicate Na6Si2O7. The anions are often polymeric. These compounds are generally colorless transparent solids or white powders, and soluble in water in various amounts.

Sodium silicate is also the technical and common name for a mixture of such compounds, chiefly the metasilicate, also called waterglass, water glass, or liquid glass. The product has a wide variety of uses, including the formulation of cements, passive fire protection, textile and lumber processing, manufacture of refractory ceramics, as adhesives, and in the production of silica gel. The commercial product, available in water solution or in solid form, is often greenish or blue owing to the presence of iron-containing impurities.

In industry, the various grades of sodium silicate are characterized by their SiO2:Na2O weight ratio (which can be converted to molar ratio by multiplication with 1.032). The ratio can vary between 2:1 and 3.75:1. Grades with ratio below 2.85:1 are termed alkaline. Those with a higher SiO2:Na2O ratio are described as neutral.

Sodium silicates are colorless glassy or crystalline solids, or white powders. Except for the most silicon-rich ones, they are readily soluble in water, producing alkaline solutions.

Sodium silicates are stable in neutral and alkaline solutions. In acidic solutions, the silicate ions react with hydrogen ions to form silicic acids, which tend to decompose into hydrated silicon dioxide gel. Heated to drive off the water, the result is a hard translucent substance called silica gel, widely used as a desiccant.

The main applications of sodium silicates are in detergents, paper, water treatment, and construction materials.

The largest application of sodium silicate solutions is a cement for producing cardboard. When used as a paper cement, the tendency is for the sodium silicate joint eventually to crack within a few years, at which point it no longer holds the paper surfaces cemented together.

Sodium silicate is frequently used in drilling fluids to stabilize borehole walls and to avoid the collapse of bore walls. It is particularly useful when drill holes pass through argillaceous formations containing swelling clay minerals such as smectite or montmorillonite.

Concrete treated with a sodium silicate solution helps to reduce porosity in most masonry products such as concrete, stucco, and plasters. This effect aids in reducing water penetration, but has no known effect on reducing water vapor transmission and emission. A chemical reaction occurs with the excess Ca(OH)2 (portlandite) present in the concrete that permanently binds the silicates with the surface, making them far more durable and water repellent. This treatment generally is applied only after the initial cure has taken place (7 days or so depending on conditions). These coatings are known as silicate mineral paint.

Sodium silicate is used as an alum coagulant and an iron flocculant in wastewater treatment plants. Sodium silicate binds to colloidal molecules, creating larger aggregates that sink to the bottom of the water column. The microscopic negatively charged particles suspended in water interact with sodium silicate. Their electrical double layer collapses due to the increase of ionic strength caused by the addition of sodium silicate (doubly negatively charged anion accompanied by two sodium cations) and they subsequently aggregate. This process is called coagulation.

Water glass is a useful binder of solids, such as vermiculite and perlite. When blended with the aforementioned lightweight aggregates, water glass can be used to make hard, high-temperature insulation boards used for refractories, passive fire protection and high temperature insulations, such as moulded pipe insulation applications. When mixed with finely divided mineral powders, such as vermiculite dust (which is common scrap from the exfoliation process), one can produce high temperature adhesives. The intumescence disappears in the presence of finely divided mineral dust, whereby the waterglass becomes a mere matrix. Waterglass is inexpensive and abundantly available, which makes its use popular in many refractory applications.

Sodium silicate solution is used as a fixative for hand dyeing with reactive dyes that require a high pH to react with the textile fiber. After the dye is applied to a cellulose-based fabric, such as cotton or rayon, or onto silk, it is allowed to dry, after which the sodium silicate is painted on to the dyed fabric, covered with plastic to retain moisture, and left to react for an hour at room temperature.