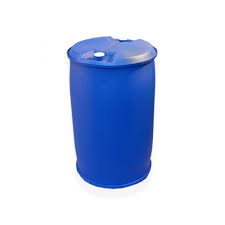 Isopropyl alcohol dissolves a wide range of non-polar compounds. It also evaporates quickly, leaves nearly zero oil traces, compared to ethanol, and is relatively non-toxic, compared to alternative solvents. Thus, it is used widely as a solvent and as a cleaning fluid, especially for dissolving oils.

Isopropyl alcohol is used as a water-drying aid for the prevention of otitis externa, better known as swimmer’s ear.

Early uses as an anesthetic

Although isopropyl alcohol can be used for anesthesia, its many negative attributes or drawbacks prohibit this use. Isopropyl alcohol can also be used similarly to ether as a solvent or as an anesthetic by inhaling the fumes or orally. Early uses included using the solvent as general anesthetic for small mammals and rodents by scientists and some veterinarians. However, it was soon discontinued, as many complications arose, including respiratory irritation, internal bleeding, and visual and hearing problems. In rare cases, respiratory failure leading to death in animals was observed.